Velociraptor [1] is a predatory dromaeosaur of the Cretaceous, about 75–71 million years ago. Velociraptor belonged to a group of dinosaurs called dromaeosaurs. In The Land Before Time series, dromaeosaurs are referred to as Fast Biters due to the fact that dromaeosaurs like Deinonychus, Velociraptor, and Utahraptor rely on their speed and sharp teeth, including their sickle-like claws, to attack their prey.

Smaller than other dromaeosaurids like Deinonychus and Achillobator, Velociraptor still shared a number of the same anatomical features. It was a bipedal, feathered carnivore with a long, stiff tail and a large sickle-shaped claw on each foot, which is thought to have been used to kill its prey. Velociraptor can be told apart from other dromaeosaurids by its long and low skull, with an upturned snout, this feature is mainly seen in larger tyrannosaurids.

A Velociraptor is a small-sized dromaeosaurid that ran about 65 mph, reached up to 6.8 ft long, 1.6 ft high at the hip, and weighed about 15-33 lbs.[2] The skull, which grew up to 9.8 in long, was uniquely up-curved, concave on the top surface and convex on the lower. The jaws were lined with 26–28 widely spaced teeth on each side, each more strongly serrated on the back edge than the front—possibly an skill that helped it catch and hold fast-moving prey.[3][4]

Velociraptor, like other dromaeosaurids, had a large hand with 3 curved claws, which were similar in construction and flexibility to the wing bones of birds. The 2nd digit was the longest of the 3, while the 1st was shortest. The structure of the wrist bones prevented pronation of the wrist and forced the 'hands' to be held with the palm faced in, not down.[5] The 1st toe of the foot, as in other theropods, was a small dewclaw. Unlike most theropods, which had feet with 3 toes touching the ground, dromaeosaurids like Velociraptor walked on just their 3rd and 4th toes. The 2nd digit, for which Velociraptor is famed, was highly modified and held retracted off of the ground. It bore a large, sickle-shaped claw, typical of dromaeosaurid and troodontid dinosaurs. This large claw, which could be over 2.6 in long around its outer edge, was most likely a hunting tool used to tear into prey, possibly causing a fatal blow.

The tail of Velociraptor was stiff, with long bony projections on top of the vertebrae, as well as ossified tendons under it. The projections began on the 10th tail vertebra and spread forth to brace 4 to 10 more vertebrae, depending on i position in the tail. The stiffness forced the whole tail to act as a rod-like unit, preventing vertical motion between vertebrae. Yet, at least one specimen preserves a set of intact tail vertebrae curved in an S-shape, suggesting that there was really more horizontal flexibility. These adaptations of the tail may have brought balance and stability while turning, especially at high speeds.[6][7] In 2007, paleontologists reported the discovery of quill knobs on a well-preserved Velociraptor mongoliensis forearm from Mongolia, confirming the presence of feathers in this species.[8]

On an American Museum of Natural History expedition to the Gobi Desert ( Mongolia ), in 1923, Peter Kaisen recovered the first Velociraptor fossil known: a crushed but complete skull, associated with one of the 2nd toe claws for hunting. The next year, museum chief Henry Fairfield Osborn mentioned the animal in a press article, under the name "Ovoraptor mongoliensis". However, as the name "Ovoraptor" had not been published in a scientific journal or accompanied by a description in good and due form, it remained a nomen nudum (a "naked name") and the name "Velociraptor" took priority. Later that year, Osborn designated the skull and claw (which he thought came from the hand) as belonging to a new genus, Velociraptor. This name is derived from the Latin words velox ("swift") and raptor ("thief" or "robber") and refers to the animal's fast nature and its meat diet. Osborn named the type species V. mongoliensis from the country it had been found.[9] [10]

During the Cold War , Mongolia was closed to North American teams but the expeditions led by Soviet and Polish scientists, in collaboration with Mongolian colleagues, found several more fossils of Velociraptor. The best known is part of the legendary "Fighting dinosaurs" discovered by a Polish-Mongolian team in 1971. The fossil preserves a Velociraptor in the midst of a fight against a lone Protoceratops .[11][12][13]

Between 1988 and 1990 , a joint Chinese-Canadian team discovered Velociraptor remains in north China.[14] US-Mongolian expeditions to the Gobi Desert, led by the American Museum of Natural History and the Mongolian Academy of Sciences, turned up new well-preserved skeletons between 1990 and 199 .[15][16]

When first described in 1924, Velociraptor was placed in the family Megalosauridae, as was the case with most carnivores at the time (Megalosauridae, like Megalosaurus, functioned as a sort of 'wastebin' taxon, where many unrelated species were grouped together).[25] As dinosaur discoveries multiplied, Velociraptor was later approved as a dromaeosaurid. All dromaeosaurids have also been referred to the family Archaeopterygidae by at least one author (which would, in effect, make Velociraptor a flightless bird) [26] 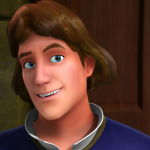