Gigantoraptor is the largest oviraptorosaurid discovered. Its remains were found in central China; specifically the Erlian basin along the border of the Gobi desert. It was found by Xing Xu of the Beijing institute of paleontology. Carbon dating found that it lived in the late Cretaceous about 70 mya, during this time the Gobi desert was a mix of tropical savannah and tropical desert; similar weather patterns and environments can be found in central African countries this is the type of environments that Gigantoraptor would have

been exposed to. Gigantoraptor is the largest beaked theropod so far; and unlike most large theropods it had much ganglier and thin limbs. It is thought that along with other advanced coelurosaurs, the Tyrannoraptorans (Tyrannosauroidea, Coeluridae, Ornithomimosauria, Alvarezsauroidea, Therizinosauria, Oviraptorosauria (its' own group), Deinonychosauria, and Avialae), it had a large portion of its body covered with feathers used for display. It is unknown exactly what it would eat, but most people assume that it would have a diet consisting of fruit, unfertilized eggs, and plants. The specimen that was found was only eleven years of age; it is most likely that this life forms adult stage was much larger. At first when it was discovered by Xing Xu it was mistakenly classified it as a tyrannosaur. It is thought that its closest relatives was Caudipteryx. Several Gigantoraptor fossils have been found on top of nests, which showed that these dinosaurs sat on the nest to protect the egg. This is similar to modern day birds. 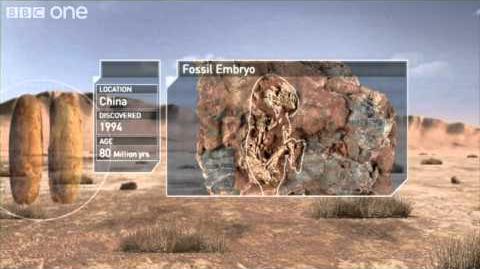 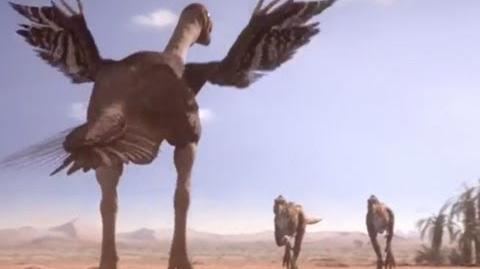